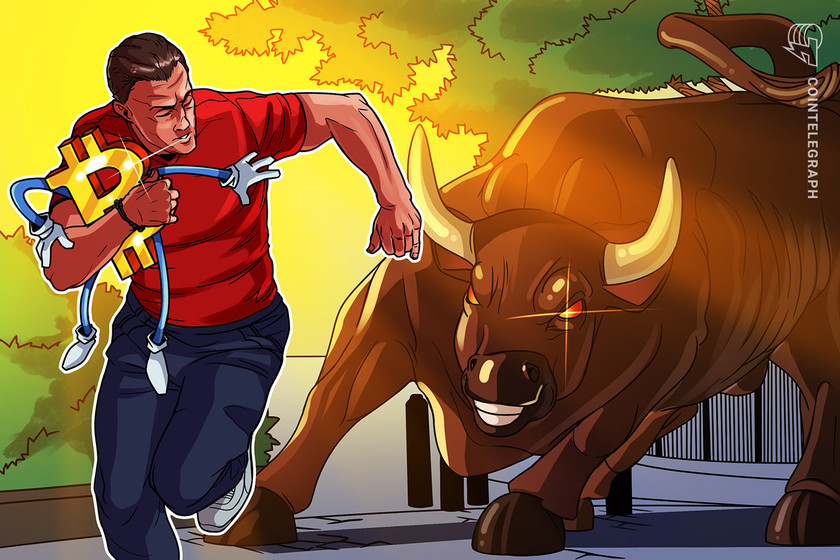 The past year has seen many ups and even more downs, mainly due to the global outbreak of a devastating virus that has crippled countries and killed millions. But for those in the crypto and blockchain community, 2020 finally showed the technology’s true potential.

There were arguably more developments last year that will have long-lasting positive effects on the industry than during the entire history of distributed ledger technology and Bitcoin (BTC). So here are the top five developments from last year in the decentralized tech sector that will leave a lasting memory and strong legacy for years to come.

Which seemingly wild predictions of a Bitcoin price of $ 45,000 the end of 2021 may not be that far away after all. What’s more is that the infamous stock-to-flow model developed by crypto trader PlanB, which predicts a price of $ 100,000 for Bitcoin, takes place as suggested.

So yes, prices are going up, but they can also go down. This has happened before and can happen again, right? In theory, however, many things have changed, not least the general perception of Bitcoin. This is evident from the shift in demand from private investors to institutional investors.

Bitcoin has welcomed numerous high profile companies who joined the industry for their own different needs, from those who chose it keep BTC as a reserve, like Microstrategy, to the rise of crypto investment funds such as Bitwise and Grayscale – and who knows which individuals are investing with them. All that is known is that they are willing to put billions in cryptocurrency. And then the real big news came at the end of October …

PayPal, a company originally founded with similar fundamental beliefs to Bitcoin itself, not only announced his outing but entered the crypto space at least in 2020 in the United States. Moreover, that has been reported PayPal is now one of the largest buyers of Bitcoin while the company builds reserves to meet customer demand.

The only word that sums up this development is ‘adoption’. About 28 million merchants and more than 361 million users around the world will now be exposed to the “baby” version of owning and using crypto. According to the company, it is the custodian and essentially just sells shares in its BTC holding company. In addition, it doesn’t follow the traditional way people own crypto, and that’s fine.

For the average user, crypto is far too difficult to understand – all the cold and hot wallets, the passcodes, the 12-word recovery phrases, etc. PayPal offers an easy-to-use way to get into the ecosystem, and once that happens, some may even go all the way to find out more about how to use this technology.

The Bitcoin halving has been touted as the great make-or-break moment for the crypto industry. It occurred, yet not much actually happened. Several commentators expected the price of BTC to pump and then crash, while others foresaw a drop in the network’s hash rate. While those things happened to some degree, it wasn’t nearly as dramatic as expected, and that was a very good thing.

The Bitcoin mining reward halving is an event that takes place approximately every four years and halves the amount of BTC miners earn for discovering a block. This is a hard rule encoded in the blockchain that limits the supply to just 21 million BTC, mimicking the finite supply of gold.

Ultimately, the fact that Bitcoin’s price and fundamentals have remained virtually untouched has led some to believe that the industry has reached some level of maturity. Perhaps this resilience was the reason that eventually led some of the largest companies, economists and investors rethink their stance on cryptocurrencies in general. The fact that Bitcoin is running out of stock became even more apparent as the year progressed.

It’s now in vogue for companies to go public, so it’s great to see some crypto-native companies like Coinbase getting in on the fun too. It was half expected that such a move would come quickly because of the company’s general, regulatory approach, which was clearly intended to appease US regulators when the time was right.

Essentially, what the move means is that traditional investors can sink millions in Coinbase stock – as many as As much as $ 28 billion, according to Messari. The concept of the listing has also been carefully timed with the rise in prices of the best cryptocurrencies, and this will hopefully play into the hands of the exchange as it is no doubt under intense scrutiny by the Securities and Exchange Commission.

Ultimately, Coinbase could shine a light down a dark alley leading to massive adoption by investors and users alike. Other so-called “unicorns” may follow suit in 2021, so in a way Coinbase is sticking its neck out. But it can pay off if they get the IPO and become the first truly major crypto company to do so.

Bitcoin has investors and Ethereum has its users, and the latter has certainly ramped up in 2020 to make the decentralized financial boom a reality, finding use cases for all those decentralized applications that have been touted to change the game for a while .

Everything was calm for July when a long-awaited project was announced Compound launched its own token, COMP. It proved to be an instant hit, securing numerous offers on high-profile exchanges and establishing a new trend in DeFi.

The basic methodology behind Compound is simple: the platform acts as a decentralized lending protocol that pays interest to users who add their crypto to the pool. However, once money is added to the pool, the platform will issue an equivalent amount of cTokens that can be used as collateral for a loan, meaning one token of any kind can be used twice.

As the price of COMP started to rise, it wasn’t long before other projects followed this new trend and began to reveal competing protocols or projects that supported the ecosystem. Just over a month later, Yearn.finance was launched and the yield agriculture phenomenon to a whole new level.

Then came the decentralized exchange Uniswap, which also joined the action by opening its own pools, and with its open listing policy, numerous DeFi projects poured in to list their tokens on the exchange. However, it also had an impact through the use of automated market makers, an idea developed by Bancor in 2017. 2020 really was the year AMAs kicked off by pushing users to make transactions in tokens built on the Ethereum blockchain. This eventually brought thousands of active users to the Ethereum network.

What’s more is that the The Ethereum 2.0 upgrade has finally started after a number of long delays. The combination of Eth2, the recently renewed interest in altcoins and the DeFi boom is sure to have interest in Ethereum and the Ether again (ETH) token itself, pushing it to more than $ 1,200, a level not seen in nearly two years, and close to its all-time high of around $ 1,450. Now, just seven days into the new year, some are sure of that $ 2,000 is coming quite quickly.