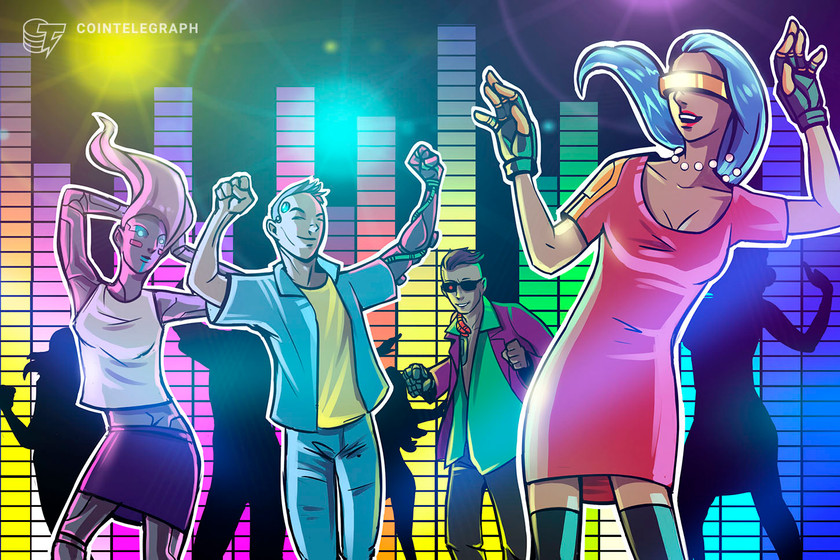 The crypto-powered music streaming platform Rocki has sold its first “royalty income right NFT” – a token that gives the owner a 50% share of all royalties generated by the streams of a specific song on the site.

The ERC-721 royalty revenue token was auctioned next to an ERC-1155 “listen right” token, allowing the winning bidder to stream the song for free.

The tokens were sold on Bounce.finance decentralized auction protocol for 40 Ether – worth $ 25,600 at the time of writing, as ETH hit new heights for 2020. Guy J said he was intrigued by the concept:

“Regardless of the initial size of their audience, artists can take advantage of their existing fan base with the introduction of NFT’s Music.”

Since the Rocki platform left stealth mode last month, more than 30,000 songs have been uploaded by ‘several thousand’ independent artists. However, the platform has yet to launch public beta access, and Rocki claims the functionality will be launched “soon”.

The dance music industry is increasingly experimenting with non-replaceable tokens, with electronic artist deadmau5 collaborating on two token launches over the past week.

On December 16, deadmau5 launched collectible tokens hosted on the WAX ​​Blockchain, with packs of 10 NFTs for $ 9.99 and packs of 30 tokens selling for $ 28.40. The tokens were released the day after a 30-second audio-reactive artwork created by reality artist Sutu, accompanied by a sonic loop of deadmau5’s song SATRN used to be launched on the SuperRare NFT marketplace.