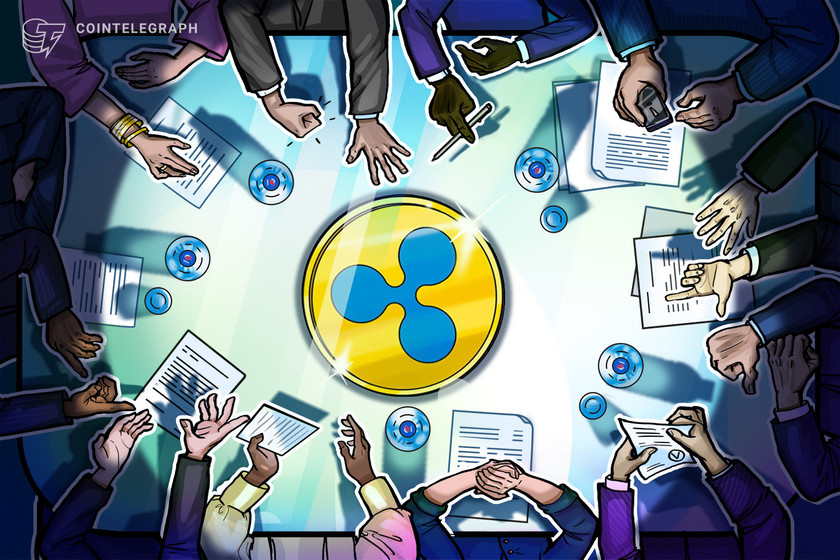 According to a blog post from Ripple published yesterday, O’Connor will “advise on important government relations and regulatory initiatives” as part of her role on the board of directors. O’Connor spent 31 years at JPMorgan, serving as Chief Regulatory Affairs Officer and Treasurer for the bank before retiring in 2019. She has served on the Systemic Resolution Advisory Committee for the Federal Deposit Insurance Corporation or FDIC since July.

“The US needs one clear regulatory framework for crypto that levels the playing field and supports US innovation and businesses,” said Garlinghouse, who stated that the addition of O’Connor could help the company along this path.

Delighted to join our board of directors – with her many years of expertise in regulatory affairs, treasury and financial services, Sandie will be an invaluable tool to guide Ripple through our next phase of growth. https://t.co/748JJADw0v

Garlinghouse and Ripple co-founder Chris Larsen have both previously stated that the lack of regulatory clarity from the United States could prompt the company to move its San Francisco headquarters to another country. Ripple opened a regional office in Dubai last month and a board member has declared Japan arguably the “most promising candidate” for the company’s new headquarters.