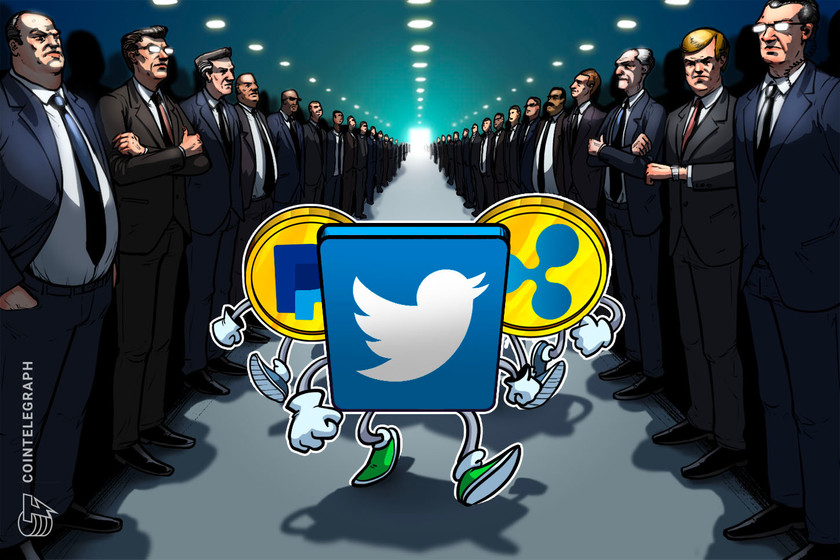 Blockchain-based payment firm Ripple has joined an impartial group of companies ensuring access to fair voting is possible in the United States.

According to a Nov. 2 tweet from Ripple, CEO Brad Garlinghouse has done just that joined Jack Dorsey, CEO of Twitter and Dan Schulman, CEO of PayPal, of the Civic Alliance, an organization that says it supports “safe, healthy, and trusted elections” as well as encouraging members’ employees and customers to be civic.

“We believe that voting should be safe and accessible to everyone, everywhere”, said Ripple. “That’s why Ripple is 100% in #ForDemocracy.”

Within the Civic Alliance – which at the time of publication has 936 members reaching more than 5 million employees – a subgroup of approximately 619 companies claim to encourage 100% of employees to vote on paid time off or flexible work schedules. Ripple has approximately 548 employees in its San Francisco offices.

The group is reportedly calling on companies to ensure secure access to votes, recognize state and local election officials as the trusted source for certified results and “encourage patience as officials count every vote.”

“Each of our companies is unique. Yet we are united by these impartial values: every American has a voice in our democracy. Voting must be safe and accessible to everyone. Elections must be fair and transparent. “

The Elections 2020 in the United States takes place on Tuesday, November 3. Determining who has the right to vote is seemingly a partisan issue in the US right now, with Republican National Committee involved in more than 40 lawsuits, most of which involve restricting access to votes, rather than encouraging it.

With less than 12 hours before the first polls open on Election Day, many Bitcoiners are optimistic regardless of a Democratic or Republican victory. Barry Silbert, CEO of Grayscale, said whether it is ultimately Trump or Biden, Bitcoin will win because of more “brrr” at the Federal Reserve.